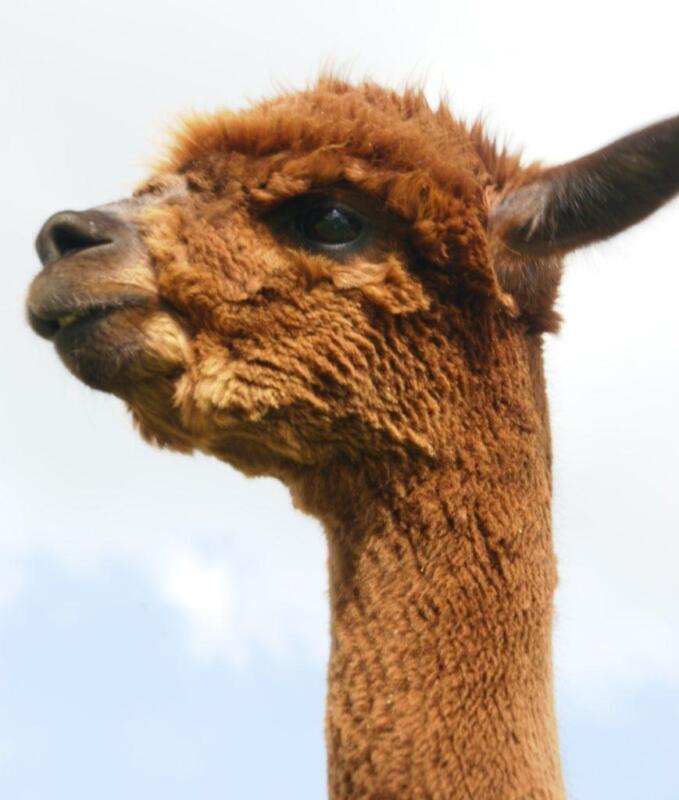 An alpaca (Vicugna pacos) is a domesticated species of South American camelid. It resembles a small llama in appearance.

There are two breeds of alpaca; the Suri alpaca and the Huacaya alpaca.

Alpacas are kept in herds that graze on the level heights of the Andes of southern Peru, western Bolivia, Ecuador, and northern Chile at an altitude of 3,500 m to 5,000 m above sea level, throughout the year.] Alpacas are considerably smaller than llamas, and unlike llamas, they were were bred specifically for their fibre. Alpaca fiber is used for making knitted and woven items, similar to wool. The fibre comes in 22 natural colors.

An adult alpaca generally is between 81–99 centimetres in height at the shoulders. They usually weigh 48–84 kilograms.

Alpacas have been domesticated for thousands of years and its closest living relative, the vicuña (also native to South America), are believed to be the wild ancestor of the alpaca. The alpaca is larger than the vicuña, but smaller than the other camelid species.

Along with camels and llamas, alpacas are classified as camelids. Of the various camelid species, the alpaca and vicuña are the most valuable fiber-bearing animals.

Alpacas are too small to be used as pack animals. Instead, they are bred exclusively for their fiber and meat. Alpaca meat was once considered a delicacy by Andean inhabitants. Because of the high price commanded by alpaca on the growing North American alpaca market, illegal alpaca smuggling has become a growing problem.

Alpacas and llamas can successfully cross-breed. The resulting offspring are called huarizo, which are valued for their unique fleece and gentle dispositions.

Alpacas are social herd animals that live in family groups consisting of a territorial alpha male, females and their young. Alpacas warn the herd about intruders by making sharp, noisy inhalations that sound like a high-pitched bray. The herd may attack smaller predators with their front feet, and can spit and kick.

Not all alpacas spit, but all are capable of doing so.